Window shields half raised. Cruising along at a comfortable pace. Cool breeze caressing my skin. Bucolic country side on either side with small towns interspersed in between. Melodious music from the stereo. Pointless banter with friends. What more can you ask for on a Saturday morning?

Our trip to Ooty was one of those trips where it is all about the journey, not the destination. The destination could have been Timbuktu for all that matters. We started from Bangalore at eight in the morning. With numerous pit stops in between, we finally reached Bandipur forest check post at 3 in the noon. 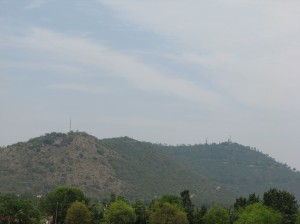 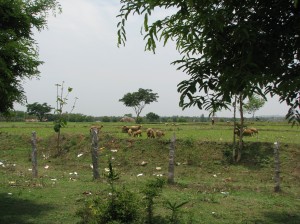 As we approached Bandipur, the vegetation started getting denser. Once we crossed the check post, we spotted a peacock and a couple of tuskers. As soon as we entered Tamil Nadu, we were welcomed with showers. As the rain drops touched the ground, the sweet smell of virgin mud started wafting through. Also, the majestic Nilgiris came into view. 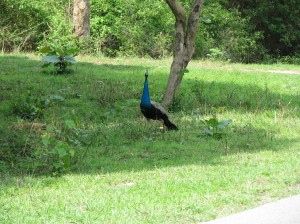 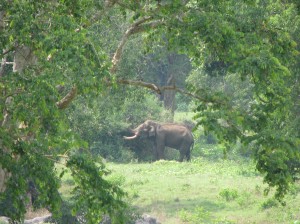 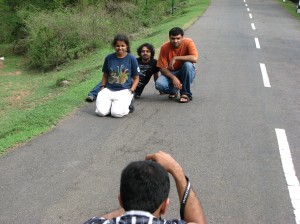 Another kind of wildlife 😉 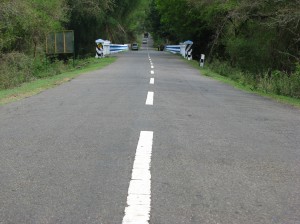 The climb up to Ooty was treacherous with lots of hair pin bends on the way. We stopped en route at a view point which gave a panoramic view of the plains. Once we reached Ooty, we directly went to the place where we wanted to stay, KSTDC guest house. But, alas, the guest house was full to the brim and the hunt for a place to stay started. After a couple of phone calls, we got a duplex cottage perched on a hill side. The care taker was an affable person and he arranged a camp fire for us in the back side of the cottage. Night was spent frolicking around the camp fire but rain did play spoil sport a couple of times, but that did not dampen our spirits. 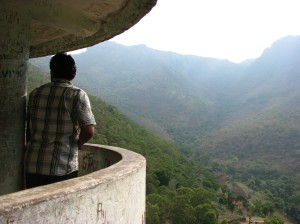 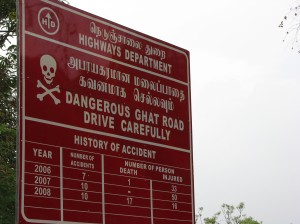 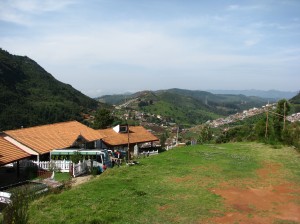 From the guest house

Nothing was planned for the next day. We decided to go to Dolphin’s point near Coonoor. But, we got stuck in a traffic jam on the narrow road leading to Dolphin’s point. We waited for sometime for the mess to clear but looking at the traffic piling up, we hit the reverse gear and headed back to Ooty. On the way, we passed verdant tea estates and one among us bought some exotic lemon honey tea. 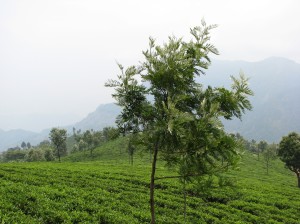 Tea estate on the way to Coonoor 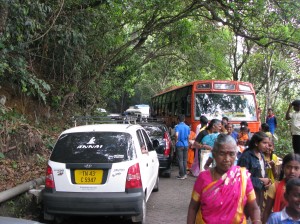 After lunch, we started to Doddabetta, which is the highest peak in Tamil Nadu and our good old friend rain struck it’s wrath again. The path from vehicle parking to Doddabetta view point was completed with numerous pit stops in between to take shelter from the rain. Once we reached the view point we shielded ourselves from the rain in a restaurant. We were surrounded by mist and could hardly see anything around. But, a couple of trees, raising their heads above the mist added a mystic charm to the hazy surroundings. Doddabetta was crammed with people. Looked like the whole of Tamil Nadu had descended on Doddabetta that rainy day.

We did not spend much time in Doddabetta as we had to hit the road again. The road through Bandipur forest to Mysore is closed from 6 in the evening to 9 in the morning. But, there is an alternate route which will add 40 more kilometers to your odometer. After buying some home made chocolates, we started our descent from Ooty. We had planned on trying our luck and try to make it to the forest check post before 6. But God had some other plans and by mistake we took the longer route to Mysore while our friends in the other car took the shorter one. But, like some wise old man said “What ever happens, happens for good”, the road was a treat for the eyes. The sky looked like a melange of colors that evening. The extensive view of the plains down below on one side and the mountains on the other, all bathing in the twilight made us forget the extra kilometers. At one point, the plains below were covered by a sea of clouds, making us feel as if we were standing on the shore. The road meandered through numerous farms and tea estates and finally we met our friends from the other car who were busy watching the IPL final in a Cafe Coffee Day outside Gundlupete. A stop for dinner near Mandya and back to Bangalore at 2 in the morning. 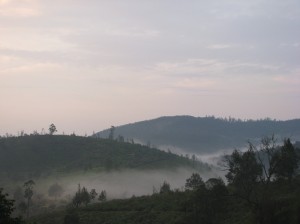 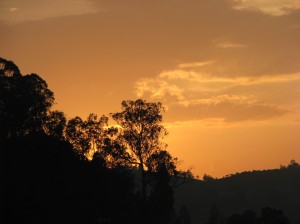 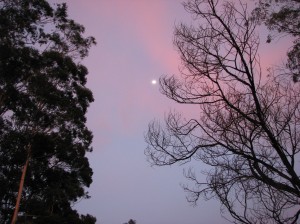 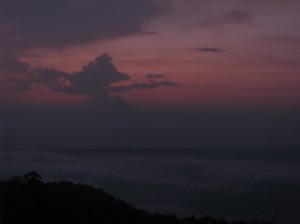 Ooty is one of those overtly commercialized hill stations buzzing with tourists and nothing much to offer except the cold weather. But, who said the trip was about Ooty, it was all about camaraderie.